Schwartz Rounds and my time with the Point of Care Foundation

As Sean leaves the Point of Care Foundation’s Trustee Board, he reflects on the establishment of Schwartz Rounds in the UK and his time working with the Foundation.

Recently, while sitting in a Schwartz Round as clinical facilitator under the title ‘my most memorable patient’, I found my mind drifting back to 2009 when I attended a meeting at the Kings Fund hosted by Jocelyn Cornwell.

Whilst I don’t remember the title of the meeting, I do remember the content which was all about staff experience. As Medical Director of Gloucestershire Hospitals NHS Foundation Trust, I was particularly interested in this subject as I had a longstanding belief that if you get staff experience right, excellent patient care will automatically follow.  The corollary of this is, if you don’t treat staff well, pushing for high performance and outstanding patient care is not just an uphill battle but, in my view, an impossible aspiration. The meeting also allowed me to reflect on the fact that within the triad of delivering quality care (safety, effectiveness and experience) huge amounts of research and work has been done on delivering and measuring safety and effectiveness, but experience both for staff and patients seems to remain the forgotten child.

Towards the end of the meeting, Jocelyn called for any Trusts within the country that might be prepared to consider visiting America and becoming pilots for Schwartz Rounds. To cut a long story short, with the blessing of our Trust and accompanied by one of our senior clinical psychologists, myself, Jocelyn and colleagues from the Royal Free Hospital in London made a trip to Boston. Whistle stop is perhaps the cliché to attach to this visit, but we managed to cram an astonishing amount of content in within a few days – attending two Schwartz Rounds, a facilitators networking meeting, joining the national coordinating team from the Schwartz Center in Boston and spending some time at the Institute for Health Improvement (IHI) where we had the opportunity to meet Don Berwick and attend the weekly staff meeting. I consider this event to be one of the highlights of my career – watching one of the doyens of healthcare internationally illustrate charisma and complete mastery of an astonishing range of work that was being undertaken by the IHI. Fellows from around the world gave a 5-minute update and, without exception, Don had a grasp of the subject and a razor like focus for the killer questions.

I left the USA with mixed emotions. Schwartz Round appeared to be typically American with an outpouring of emotion triggered by the description of a case or cases and strictly consisting of the offer of food, no PowerPoint presentations and avoidance of solutions within the meeting. Yes, I thought, this has utility but I was unconvinced they would translate to a British or European healthcare setting and had strong suspicions attempting the same within our Trust would lead to a noiseless audience. How wrong can one man be?

I left the USA with mixed emotions. Schwartz Round appeared to be typically American with an outpouring of emotion… I was unconvinced they would translate to a British or European healthcare setting and had strong suspicions attempting the same within our Trust would lead to a noiseless audience. How wrong can one man be?”

After some training and guidance by Leslie Morrison (our senior clinical psychologist), we set off on the path of our first Schwartz Round and indeed the first Round outside of America. That first Round was about the stopping of nutritional support for a patient in their last days of life. The narrative was well told, the compelling story of a stroke patient shared and, to my surprise and delight, the resonance and acknowledgement within the audience was immediate, unencumbered and extraordinary.

Even within that first Schwartz Round, three key observations became apparent to me. Firstly, for many staff witnessing senior colleagues express uncertainty and difficulty dealing with what appeared to be common clinical scenarios was both empowering and reassuring for colleagues from every single discipline. Secondly, the willingness and indeed determination for staff to tell stories about their own experiences of healthcare, or those of family and friends, was astonishing. Their personal experiences were humbling and they were able to share them because of the absolute commitment to confidentiality within the session. Thirdly, I noticed almost every Schwartz Round ends just as the time is running out, very often by a junior member of staff with a little gem of an idea or thought that for me lingers on in the memory. On this occasion, a healthcare assistant right in the back of the room who seemed to have been trying to pluck up the courage to express a view that I think many other people also felt:  ‘Even in the last days of life, withdrawing feeding feels like withdrawing care. Living with yourself after you’ve done this can at times be very difficult.’ We ignore the enduring impact of such repetitive trauma to staff at our peril.

After the success of our Schwartz Rounds and those at the Royal Free, Jocelyn faced the unenviable thought that, after piloting this programme, the King’s Fund would cast this new idea off into the wilderness to make its own way. Although I’ve never asked Jocelyn this specifically, I think she felt as Schwartz Rounds and other ideas around improving patient and staff experience began to develop, there was a need to create a national leading group to hold the reins of this critical work. As a result, the Point of Care Foundation was founded which continues to go from strength to strength in its mission to humanise healthcare.

In my association with the Point of Care Foundation, I have been hugely privileged to meet staff and trustees with dedication to this work that exceeds what is expected of them by many orders of magnitude. It is of course unwise to pick out any individuals, but Jocelyn’s leadership and inspiration must be acknowledged and the clear thinking and attention to listening and hearing the voice of patients and staff alike that Sir Robert Francis brought to the table will remain with me for the rest of my days.

My focus returns to the room in our education centre where one of the presenters shared her story. She relayed an act of compassion she performed as a junior doctor for the husband of a patient who had just died in the hospital. She saw him in the supermarket, clearly distressed and bewildered, taking on the task of shopping for his children’s meal that evening. Taking him by the hand, she directed him towards the eggs and suggested making the children (who were very young) eggy in a cup. When he looked bemused, she explained that he just had to soft boil the eggs, shell them and place them in a cup and mix them with some butter. Serve with toast soldiers. The story ended with her meeting a 22-year-old young man at a party 15 years later. As they got into discussion, it became apparent that he was one of the children for whom the bereaved father was making the evening meal. Imagine her surprise when this young man told her that she was fabled in their family as ‘Dr eggy-in-a-cup’.

A truly memorable patient and the essence of what Schwartz Rounds are about and why we do the jobs we do. 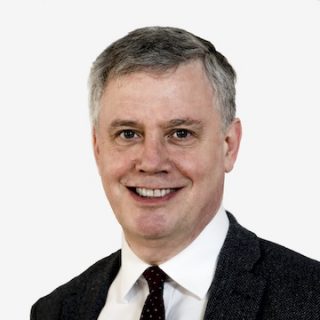