Professionalism and learning to talk about death

This blog, co-written by Aggie Rice and Rhiannon Barker, explores the teaching of professionalism in medical schools and why it is important to not only build student resilience early on but also support their wellbeing throughout their career.

In a Guardian blog published in March, Isabella Laws described her visit to a death cafe: ‘I went to a death cafe to learn how to talk to dying patients’. The aim of death cafés is to increase awareness and openness about death, and Isabella, a medical student, was motivated to attend because of what she purports to be the ‘fundamental lack of teaching’ on ‘breaking bad news’. Whilst two hours of talking about death wouldn’t be on the agenda of many twenty something year olds, Isabella explains:

‘Last year, I saw a doctor only months out of medical school comfort a woman after her husband’s death. The same would be expected of me in just over a year’s time – and I was not ready.’

At The Point of Care Foundation, our mission is both to support staff to cope with the pressures of their job, and in doing so, to equip them to treat patients with more humanity. Developing skills in looking after yourself and others is part of this. Learning how to talk, discuss and share some of the difficult concepts that arise in the course of caring has similar benefits. Indeed this is what staff do in the Schwartz Rounds that we support organisations to run.

Medical students embarking on their clinical studies go through an enormous psychological transition from being passive recipients of learning to engaging in active clinical encounters. The shift in setting from classroom to clinic, with its increased level of responsibility and the potential brutality of real life interactions with patients, can be overwhelming. Psychologists have observed that death, disease, and physical and mental degeneration invoke a primitive fear, sometimes leading to engagement in damaging protective strategies, such as emotional withdrawal or using organisational procedures and processes as justification to act without humanity. The 2014 GMC report, ‘Be Prepared: Are new doctors safe to practice?’ concluded that more could be done to build student’s resilience and to ensure effective supervision and support when they begin as first year doctors.

The Point of Care Foundation has a particular interest in aspects of the teaching of professionalism, specifically those relating to the nurturing of compassion, resilience, communication and transparency in the education of health professionals. This recent article which appeared in the Journal of Compassionate Healthcare, drawing partly on our experiences of supporting Schwartz Rounds at UCL Medical School, explores some of these issues.

But looking at the broader health system, a growing crisis is evident, one which extends beyond financial pressures. Staff are stretched and morale is low: 37% of staff reported work related stress in the past 12 months and only 34% of staff feel able to deliver the patient care they aspire to.

Yet despite the clearly demonstrated need for greater staff support, 57% of staff in the 2015 NHS Staff Survey stated that their organisation does not take positive action on staff health and wellbeing. If the problem of stress and burnout in doctors is to be tackled at the roots, effective processes must be introduced early on in medical training. Medical schools need to develop and nurture student engagement and must put strategies and support structures in place to promote student wellbeing and resilience.

Yet whilst resilience is important, it mustn’t be seen as a trait that, if encouraged, somehow absolves organisations of the responsibility to protect and nurture the staff working in them. There is suspicion amongst some that if organisations are ticking the ‘resilience’ box then they are supporting a culture of survival rather than a culture where staff are enabled to flourish and thrive. Whilst resilience is an important and valuable mechanism for coping with difficult situations, it shouldn’t be an excuse for not having to deal with the root problems which may have caused stressful and traumatic situations to arise in the first place. Neither should it be assumed that individual staff will bounce back unscarred and unaltered by traumatic events:

‘Resilience expects us to forget about the problem, and return to life as if nothing ever happened. Just as it is foolish to believe that it is possible to be an unchanged rock in a river of flowing water…. differences may not be noteworthy or obvious, but they can change our way of thinking, feeling and acting, all of which are vital aspects of our identity.’ (Grace Kim, Pittsburgh University)

We are working to explore how we can both nurture resilience early on and also shape organisations which take active responsibility for staff wellbeing.

If you are interested in this area, we are co-hosting a conference looking at ‘Promoting Resilience with Medical Students’ which will take place on 8 September at the University of Westminster, London, W1W 6UW. You can register here.

If you have queries or want more information on this work contact Rhiannon Barker or Aggie Rice. 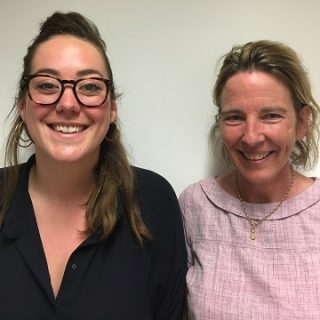