Improving leadership should include support for leaders’ wellbeing

Bev shares her thoughts on how to better support leaders and improve leadership within the NHS.

The recent review of health and care leadership by Messenger and Pollard has generated attention for its recommended “shake-up” of NHS leadership. Although it is hard not to see these headlines as part of the long cherished UK media and political tradition of NHS manager bashing (despite compelling evidence that the NHS is under managed compared with many other organisations and sectors), the substance of the report contains some important points that are worth emphasising.

It is of course right for the review to argue that the very best leaders should be attracted to work in the sector. Those who work in health and care recognise that great leaders make a huge difference to the running of their organisations, their staff, and most of all the people they serve.

Vitally important, in light of the Shrewsbury and Telford maternity scandal, the report highlights the necessity of inter-professional understanding and compassionate cultures within health organisations, calling out the “tribal and status dynamics” that too often dominate thinking. Patients want health and care professionals to work together effectively, and it is the job of all leaders (managerial and across clinical disciplines) to make sure this happens.

It is also encouraging to note the report’s emphasis on the relationship between staff wellbeing and better quality of care for patients. Messenger writes: “. . . a well-led, motivated, valued, collaborative, inclusive, resilient workforce is ‘the’ key to better patient and health and care outcomes, and that investment in people must sit alongside other operational and political priorities.”

What are the barriers to great leadership?

No one could argue with the desire for the health and care system, with all its complexity and scale, to enjoy the highest possible quality of leadership.

But we need to ask what gets in the way? Idealistic young people don’t join the NHS management training scheme for the money or the kudos. As HSJ columnist Cally Bann once wrote, “letting it be known that you’re the chief executive of the local hospital has always had the proclivity to silence the most genteel of dinner parties, or to quell the cacophony at the most boisterous of pubs.” They certainly don’t set out to do a bad job.

It is good that the report recognises examples of inspirational leadership. In our work, the Point of Care Foundation comes across this often. Listen, for example, to our Humanising Healthcare podcast to understand something of the challenge of the job, the commitments people make and the extent to which they care about the patients, their staff, and the service they offer. Inspiring stuff.

When things do go wrong, the important trick is not to automatically see problems as stemming from individual deficiencies, but to consider the wider system too. This echoes debates around resilience, in which a lack of resilience is seen as an individual failing and the solution is for them to “toughen up” – rather than dealing with systemic problems that erode resilience.

The report’s description of “institutional inadequacy” in the way that leadership and management is trained, developed, and valued is a salutary finding, but more is needed on the solution to this. Who, for example, determines how leadership “is developed and valued?” And while the solution lies partly in training and skills development, it is also about organisational cultures, which allow poor behaviours and attitudes, and impose blame. Those cultures exist throughout the health and care system, as they do in the political system and society more broadly. They need to be called out wherever they occur.

The report gets closer to a system view when it talks about “a package of support . . . networks, peer mentoring, training, and development.” The recommendations on values, induction, management standards, training, and appraisal are all to be welcomed.

But it would have sent such a powerful message if there had been a recommendation relating to leaders’ wellbeing, peer support, and allowing space for reflection on the emotional and psychological impact of their jobs. We know from our work to implement Schwartz Rounds that sometimes leaders find it difficult “to take their executive hat off” and benefit from forms of reflection that can benefit their wellbeing, sense of value, and connectedness within their organisations. Paradoxically, those who are perceived to have most power in their organisations can feel more isolated and struggle to access the support of colleagues.

Taking action at a system level to tackle the culture of health and care organisations – and perhaps choosing words more carefully when talking about how they are run – will help support individuals working within a pressurised environment. At the Point of Care Foundation we work to humanise healthcare by building compassionate organisational cultures that support all staff – leaders included – to provide high quality care for patients.

This article was originally published on the BMJ Opinion website. 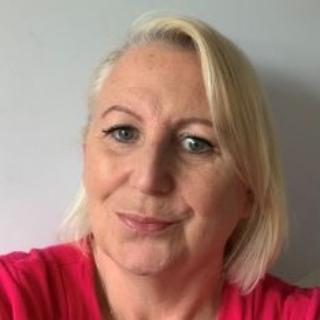