Jocelyn Cornwell reflects on the success of Schwartz Rounds in our first year and what makes new innovations work.

This week is The Point of Care Foundation’s first birthday – and at the risk of sounding self-congratulatory, I’d like to reflect on the phenomenal success and spread of Schwartz Centre Rounds over the last twelve months and to speculate about what this tells us about the introduction of new innovations into the NHS.

The introduction of Schwartz Rounds to this country was not an accident.  Joanna Goodrich, our research and development manager, came across Rounds when she was researching Seeing the Person for The King’s Fund. She saw Rounds mentioned in a blog by Paul Levy, then CEO of the Beth Israel Hospital in Boston and was impressed by what she read. A few months later a small group including representatives from two trusts – the Royal Free London NHS Trust and Gloucester Hospitals NHS Trust – travelled to Boston. We observed Schwartz Rounds and talked to the Schwartz Center for Compassionate Healthcare, the organisation which had set up Schwartz Center Rounds in that country. The Schwartz Center granted us a licence to pilot Rounds, and within a year, we published results showing that Rounds work as well in the UK as in the US (Goodrich, 2012). At this point, we had no plans or funds to allow us to scale up the spread of Rounds. However, The King’s Fund remained supportive and by 2013, when the Point of Care Foundation set up as an independent charity, we had helped 15 hospitals and hospices establish Rounds programmes.

Today 66 organisations including hospices and trusts of all kinds – acute, community and mental health – are in the process of implementing Rounds, and the demand for training and support remains high. By any measure, 300% growth in 12 months is phenomenal.

How did we get here (to paraphrase David Byrne)?

I believe the Rounds have taken off because they match what we know about what makes good ideas spread in health systems (see Greenhalgh et al, 2004). Firstly, they had been evaluated objectively which meant we could see their impacts on individuals, teams and organisations.

Secondly, the Schwartz Centre had already produced clear, easy-to-follow guidance on what is needed to implement Rounds which meant we could see what was needed to replicate them.

Thirdly, they had spread beyond the place where they were first developed. This is important because many innovations depend on the enthusiasm and commitment of one person to keep them going, and when that person moves on, the work grinds to a halt. In 2009, Rounds were happening in over two hundred hospitals in the US, and the ‘early adopters’ were still doing them ten years on.

Fourthly, they can be made to work in almost any care setting. They are flexible and adaptable. This is important for all innovations in health, and especially for one designed to address something as fundamental as relationships between staff and patients. We piloted the Rounds initially in two English hospitals – the Royal Free Hospital and Cheltenham Hospital, but since then we have helped mental health, integrated care, community trusts and hospices to establish them.

Finally, the external environment was favourable.  Since 2008, policy makers have recognised patients’ experience of care as a top priority, partly because Lord Darzi’s report (High Quality Care for All) made personalised care as important as safety and clinical quality, and partly of course because of a series of devastating and very public failures of care (see the Mid Staffordshire NHS Foundation Trust Inquiry, and reports by The Patients’ Association, Mencap and Ombudsman). Schwartz Rounds have also secured third party endorsements from important sources (the Commission on Dignity; the Health Services Management Centre[1] report; the Francis Inquiry report) and funding from the Department of Health.

I am beginning to think we are approaching a tipping point. Across the UK, every month, thousands of people who work with patients are actively reflecting, taking part in an activity that fosters interdisciplinary communication, teamwork, and support. The NIHR has just announced funding for a rigourous academic evaluation the Rounds and the NHS England Business Plan for 2014-2015 cites the Rounds as an example of the type of support for staff that all trusts should be doing.

By any comparison, the Rounds in the UK are a phenomenally successful small innovation. Perhaps this is because the market knows a good thing when it sees it. 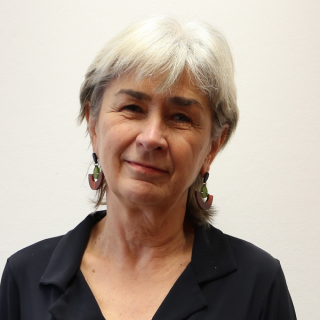