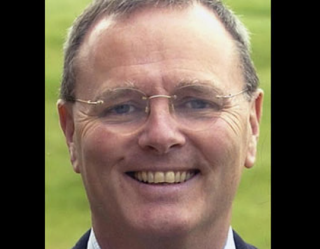 Kieran Sweeney (1951–2009) was a General Practitioner and medical scholar who wrote in depth about the need for a compassion-based understanding of medicine. Having degrees in both medicine and the arts, he endorsed a holistic approach which embraced the full range of human needs, recognising that patients need relational care as well as clinical care. He died in 2009 from  mesothelioma, an aggressive form of lung cancer.

In his BMJ article ‘Mesothelioma’, Kieran wrote about the care that he received during his illness . He did not fault the clinical care – ‘the transactions have been timely and technically impeccable’ – but he felt that staff fell short when it came to ‘relational aspects’, displaying a ‘hesitation to be brave’. Kieran described his fears, anxieties, and the confusion that he felt, and how the actions of staff often, perhaps inadvertently, only worsened this.

“I think there may have been something about me being a doctor, and being in my late fifties, most of the consultants were in their late fifties or fifties, our kids would be the same age… they weren’t brave enough to say “this is really bad news for you”. Maybe they hid behind the science…to avoid confronting [that] I am a man devoid of hope.”

Yet Kieran believed that it was possible for staff to change the way in which they interact with patients if they consciously consider the patient’s experience: “one’s journey to this bleak place can be rendered more bearable if everyone who shares a professional role at the various staging posts bears the bleakness of the terminus in mind.” He called for staff to be braver; to be bold enough to question their own actions by considering how they might be seen through the patient’s eyes.

Our Patient Experience work does exactly this, enabling staff to step back and consider the care pathway from a whole other perspective – that of the patient and their family – and make changes based on this understanding. We believe, like Kieran, that staff can act differently if they only ‘bear in mind’ what the patient is experiencing, but we recognise that staff must be given support if this perspective is to remain fresh. This programme gives health and care workers the tools to make Kieran’s vision for healthcare a reality.