“There have been no societies that did not tell stories”: Why storytelling matters

Julian Groves explains why storytelling is such a powerful tool for helping people to process emotions, and why the process of safely sharing and listening to stories through Schwartz Rounds is so vital – and shouldn’t be left to chance.

Storytelling is and has always been ubiquitous in the lives of humans. In the words of Ursula Le Guin: “The story – from Rumplestiltskin to War and Peace – is one of the basic tools invented by the human mind, for the purpose of gaining understanding. There have been great societies that did not use the wheel, but there have been no societies that did not tell stories”.[1]

The rational-scientific world in which we now live has taken this most human of activities and applied it in so many ways. From using it to help those suffering with Alzheimer’s and Dementia, to making learning more effective, to managing conflicts, to helping sell a product, to supporting the wellbeing of people. Its application has been and is seemingly endless.

Storytelling is also at the heart of the work of the Point of Care Foundation (“PoCF”), particularly in its work on promoting and assisting in the implementation of Schwartz Rounds (“the Rounds”). The Rounds are used to support staff across much of the NHS in England, the health service in Ireland, hospices, children’s social care and increasingly other sectors where there is significant ‘emotional labour’ which Hochschild[2] describes as regulating or managing emotional expressions as part of one’s professional work. Over the last 12 years over 270 organisations have taken up the Rounds not just to support their staff but also to help create cultures of compassion from which patients and service users will benefit, and this number continues to grow.

So, what is it about the Rounds with storytelling at their heart, that makes them so popular and valued by people? In the years I have worked at PoCF I have been constantly struck by the passion and commitment shown by those involved in running and participating in them, as steering group members, facilitators, administrators, storytellers and audience members. It has not been uncommon for me to hear individuals who have had successful lifelong careers in healthcare to comment on the meaning the Rounds have had for them, such as the consultant who said that “my involvement in the Rounds is one of the things I am most proud of in my professional career”.

If I describe here, what a Round is, it will not really give a proper sense of their power to move and involve people and why their use continues to grow. But if you are not familiar with them, the basics of a Round involves the preparation by two facilitators in advance of the Round of three or four storytellers (panellists) who will each tell their story at the Round about something they were all involved in (e.g., working with a particular patient in healthcare or family in social care) or a theme (e.g., ‘my first day’ or ‘in at the deep end’) and describe the emotional impact of their experience. Each Round is intended to be delivered in an unchanging format and after a brief introduction by the facilitators these five-minute stories are told one after another by the panellists. After this the facilitators will open the session to the other participants (audience) who will be encouraged to comment and reflect on the stories they have heard, perhaps relating similar experiences and often sharing their own feelings on what they have heard.  The facilitators manage this process, including silences, making links and inviting comments as well as the occasional gentle reminder that the Round is to share experience and not to solve problems. The hour-long session is carefully brought to a close with the facilitators ensuring the panellists have a chance to comment on what has been said during the Round.

This prosaic description does not do justice to how people actually experience a Round. One of the best descriptions I have found that talks of the importance of storytelling in making the Rounds what they are, is in the evaluation report by Jill Maben and team[3]: “An effective story captures and holds attention and transports us into the character’s world. ‘Transporting’ is the ‘magic’ that happens when a story holds full emotional and mental attention; we experienced this often in Rounds observations when it felt like everyone in the room was holding their breath and it would have been possible to ‘hear a pin drop’.”

There is something about storytelling that has great power over us; Ursula Le Guin says of the oral performance of stories that “it uses time and space in a particular way of its own. It creates its own, temporary, physical, actual space time, a sphere containing a speaking voice and listening ears, a community of body and mind.”[4]

It is how people experience the storytelling, reflection and discussion in a Round that is the key to their success, to why health and social care staff find them so valuable and supportive. The substantial evidence base for them has repeated references to how staff feel more supported in their jobs, allowing them the time and space to reflect on their roles. Staff who attend Rounds report finding that difficult various feelings were being experienced by others in the Round; they also felt less stressed and isolated, with increased insight and appreciation for each other’s roles. They also talk of how the Rounds flatten hierarchical relationships and help focus their attention on relational aspects of care. Jill Maben and her team in the NIHR-funded evaluation of the implementation of Schwartz Rounds in the UK, published in 2018, showed that people who attend Rounds regularly experience significantly less psychological distress than their peers. A quantitative aspect of the evaluation showed changes in the incidence of poor psychological well-being which reduced significantly (p < 0.05) in Rounds attenders (25% to 12%) compared with non-attenders (37% to 34%).

But of course, Schwartz Rounds as an intervention to support health and social care staff, is only one amongst a number that are also seen as supportive reflective practices. Maben et al in their literature review for the evaluation refer to eleven other interventions that are used in healthcare including Clinical and Restorative Supervision, Resilience Training, Critical Incident Stress Debriefing, After Action Reviews, Balint Groups, Peer supported storytelling, and Mindfulness Based Stress Reduction. Of these 11 other practices though, there is only one other that, like the Rounds, is explicitly focussed on the psycho-social and emotional issues of staff in their work, and only two that are based on telling and hearing stories. In their reliance on storytelling and focus on the feelings and experience of staff, Rounds are therefore unusual for being an ongoing programme that is open to all staff and that has organisational support.

We see the manifestation of the success of these characteristics in organisations that are running Rounds year after year with levels of satisfaction at the support they provide, undiminished. And it is the storytelling that is at the very centre of why they work the way they do and why they remain so popular. Analysis in evaluations such as that of Maben et al provides analysis of the importance of the disclosure of emotional material that occurs in Rounds, the safe environment that is created by the pre-prepared stories and facilitation in the Round and how these allow a space for all participants to reflect on their own experiences.

It is also clear though, that the combination of factors described above and the storytelling that make the Rounds so effective, does not happen by chance.

It is also clear though, that the combination of factors described above and the storytelling that make the Rounds so effective, does not happen by chance. The Rounds planning of a steering group, the careful preparation of storytellers by facilitators and their highly skilled facilitation of each Round generate the space for the ‘magic’ of the storytelling to be experienced by all participants.

It is precisely the care taken to get the basics of a Round right – the provision of a safe environment for the emotionally valuable disclosures that arise from the storytelling – that have led to the c. 270 organisations in the UK to trust the Rounds as a consistent and supportive intervention for their staff.

At the Point of Care Foundation we help organisations implement the Rounds and can observe how the combination of all of these factors leads them quickly to trust them to support their staff. Our experienced trainers and mentors help train and prepare the steering group and facilitators in each organisation to create the right and effective space for the storytelling.

Ultimately the work of these people in creating the space is to produce something very simple which is encapsulated in the words of the novelist Kazuo Ishiguro when he says “But in the end, stories are about one person saying to another: This is the way it feels to me. Can you understand what I’m saying? Does it also feel this way to you?”

If you are interested in implementing the Rounds and seeing your staff benefit from the storytelling the please contact Farhana Nargis.

[1] The Language of the Night: Essays on Fantasy and Science Fiction, 1979 Ursula Le Guin 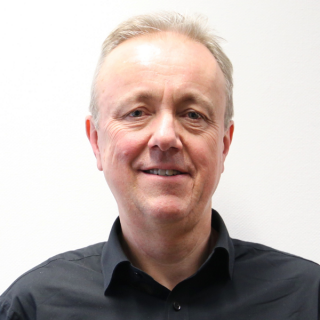 View all blogs by Julian Groves