Schwartz Rounds as a CQUIN

Lancashire Care NHS Foundation Trust first started Schwartz Rounds in 2014 with support from Health Education North West.  The challenge has been to try and make the Rounds sustainable in an NHS organisation with several hundred sites across a whole county, providing mental health and community in-patient and out-patient services.

Over the past 12 months, commissioners using the Commissioning for Quality and Innovation (CQUIN) framework have commissioned staff health and wellbeing as an area for development.  The total value was approximately £400,000 for staff health and wellbeing.  Part of this CQUIN was focused on the development of Schwartz Rounds in the Trust; the key deliverables were to spread Rounds throughout our different localities and to increase the number of facilitators trained to deliver.

The CQUIN has been a big part of ensuring that Schwartz Rounds are seen as a high organisational priority.  Staff have been supported and given time to either train as facilitators (the Trust now has 10 trained facilitators) or contribute to Rounds as steering group members.  The requirement to deliver monthly Rounds has also helped in the making the case for funds for additional training for facilitators. Ensuring Rounds take place in different localities has enabled more staff to attend.  On a practical note, catering before each Round is funded, which had previously been a challenge.

One of the challenges in delivering the CQUIN requirements was ensuring that our commissioners understood the principles and purpose of the Rounds.  Commissioners were invited to attend the Rounds, which made it much easier for them to understand this .  This helped with the ones who were able to attend. We also hosted a meeting to explain the concept of Rounds further, where we agreed to run a focus group to get feedback on how to improve the implementation of Rounds within the Trust.

What have we learned?

So as we have come to the end of the CQUIN, what has been learned?  CQUINs do focus the mind of both individuals and the organisation collectively as they involve money.  The other part of the CQUIN was focused on the development of staff health and wellbeing champions and activities.  Having the CQUIN helped both these projects to be taken more seriously and be supported.  The inclusion of Schwartz Rounds as a key component of staff health and wellbeing demonstrates the increasing recognition of the value they bring.

At times, the pressure to ensure we meet the CQUIN has been demanding – for example, have we done enough Rounds in enough different areas?  Have we got a sufficient distribution of staff – we’ve struggled to get administrative and clerical staff members attending? Also, there is a need to be specific about what is achievable and what is understood by the commissioners about Schwartz Rounds.  Overall, I think it has been positive and there is a lot more enthusiasm for Rounds in the Trust but we do have a way to go to make them truly sustainable.

Dr Bhutani is also an Honorary Research Fellow at the University of Liverpool and Chair of the Psychological Professions Network – North West. 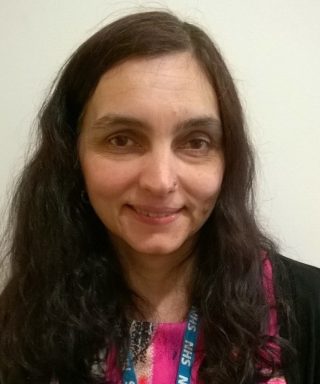