Pop goes the Round

Dr Peter Wilkinson is a consultant cardiologist and Schwartz Round clinical lead at Ashford and St Peter’s Hospital Foundation Trust. In this blog, Peter shares his experience of trialling a new form of Schwartz Rounds to target staff who are under-represented in regular Rounds.

We have been running Schwartz Rounds at ASPH for about 18 months, but we noticed that staff from certain areas of our hospitals weren’t attending. In particular, we saw that nurses and junior doctors were struggling to make the Rounds. On the back of this, our Schwartz Rounds Steering Group took the step of deciding to hold a “pop-up Round” – a shorter Round of only thirty minutes long which would take place on one of the wards.

The pop-up Round, titled “Picking up the pieces”, looked at how a ward with a poor reputation could be given a new lease of life and put on the path to success. We held the new, shorter Round in a ward day room to make it as accessible as possible to ward-based staff. As it was a ‘pop-up’, we halved everything – the length to thirty minutes, the panel speakers to two, and just one facilitator. We advertised it exclusively to six surrounding medical wards. Naturally, we kept ample food on the agenda!

The discussion was lively, despite only eight members of staff being able to attend. It may have been that the smaller, more informal and intimate environment helped the discussion. Most of the staff knew each other, and this might have even given them the confidence to talk about their feelings more openly.

Our feedback forms suggested that the participants found the Round useful – most respondents said the Round was “exceptional” and agreed it was helpful to them and their work. They said the Round gave them knowledge which will help them care for their patients, would help them work better with colleagues, and gave new insights into how other staff thought and felt when caring for patients.

Our feedback forms also showed that the accessibility of Rounds to busy staff is a primary consideration. Some of our attendees said that they would not be able to make it to Rounds outside the wards, highlighting a need to bring the Rounds to departments where staff cannot be so easily released if we want all staff to benefit from them.

Meeting the needs of staff

In normal Schwartz Rounds we only get feedback from those that attended, and if staff can’t make the Rounds we don’t get their thoughts. Running smaller pop-up Rounds like this can give a voice to staff who find it hard to make time and can give more focussed debate on a subject that affects them in particular.

Workplace stress is becoming increasingly concerning in the NHS, and our Round showed why. Even during the thirty minutes of the Round, doctors were being pulled out to attend to their patients. We need to ensure that staff have access to reflection and support initiatives because it benefits them, as well as their patients.

The beauty of a pop-up Round is that it can address very specific problems, whilst also giving time for reflection and the experience of sharing stories. Staff who work in busy wards, A&E and operating theatres would be prime candidates for future pop-up Rounds. But the reflective nature of Rounds needs to be maintained; they cannot become like other meetings – for the sake of staff and patients alike.

Following the success of the pop-up Round, the Steering Group has decided a second was in order. Entitled “Unexpected Closure: lack of communication regarding closure of a ward”, the second Round had a much greater attendance than the first and equally positive feedback. In fact, the discussion was so good, we ran over the scheduled 30 minutes, and it almost lasted as long as a normal Round!

Most attendees heard about the Round via word of mouth. It is clear to us that our staff benefitted from the focus and intimacy of smaller Rounds – and hopefully, pop-up Rounds will become a cornerstone of compassionate care at ASPH.

The Point of Care Foundation supports innovative ideas that aim to increase participation in Schwartz Rounds. The concept of the pop-up Round should only be implemented in areas where staff access to Rounds can be challenging and in addition to standard Rounds, not as a replacement – otherwise the standard Rounds model should be applied. If you decide that you want to try a pop-up Round in your organisation, please get in touch with Esther Flanagan, our Schwartz Programme Manager at estherflanagan@pointofcarefoundation.org.uk

What do you think about pop-up Rounds? Have you tried them? Do you think they risk diluting normal Rounds, or do they offer clear benefits? Do they even risk becoming staff meetings with no focus on compassion and understanding? 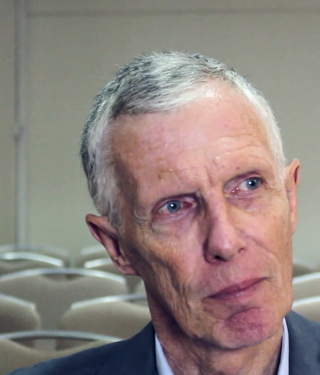