What if we made decisions within the NHS only when they were in the interests of people using services?

What if we made decisions within the NHS only when they were in the interests of people using services? Thinking about this on a policy level, I wonder if the current row about NHS transformation plans would be taking place at all? Probably not, because there would have been proper consultation and public debate on what the service can and cannot afford, what level of funding is right, what should be covered, and how it should be funded. Going back a little further, I don’t recall citizens who use NHS services or the general public in an unruly clamour in demand for the Lansley reforms: although ostensibly in the interests of improved performance, it took a subsequent government overhaul to re-state that the interests of patients should be paramount. Yes, re-state – this is already the essence by the oft forgotten 2012 NHS Constitution. Clearly written in black and white, but in the words of Hamlet (or perhaps more relevant, Bernard Woolley in Yes, Prime Minister) “more honoured in the breach than the observance.”

Perhaps policy is the wrong place to start. I mean, without going too “Monty Python” on you, “what did health and social care policy ever do for us”? Well there’s no getting away from the tremendous impact on our grandparents’ and parents’ generation of the 1946 NHS Act, which for millions removed fear of the impact of illness on their families. Or legislation on nutritional and environmental standards, health and safety, water quality, and education. These really were changes that were made in the public interest. Many of these policy initiatives go back many decades, and introduced standards where there were few, starting from a low base.

It is true that the first decade of this century saw a period of vast investment in the NHS, and accompanying improvements in access to care. It is easy to forget that we grew used to people waiting a year or more for treatment. Over the same period, the evidence about quality of care was a mixed bag: there were important improvements in care for people with some cancers, and those who had had a stroke, while for other conditions and for some sections of society, improvements were harder to find.  The same is true for public health policy, with important achievements in reducing smoking prevalence, while other goals (most notably on reducing health inequalities) were missed.

But policy initiatives that have made so many structural changes to the system, and their true impact on people using services: with the exception of the ban on smoking in public places, I’m struggling really. Creation and abolition of Regional, Area and District Health Authorities? Services moving to and fro between the jurisdictions of health and local government services? The purchaser provider split? PCGs, PCTs, GP Fundholding, Total purchasing pilots? Sorry, I’ve been around a long time!

A lot of change has been in the spirit of improving efficiency, promoting competition, and improving governance, without necessarily focusing on the impact on the population at large; even less so, groups within society who might already suffer disadvantage.

It is arguable that some policies that have been designed to promote efficiency, by almost industrialising the manner in which care is delivered, with ever swifter episodes of care, ever higher levels of occupancy in hospital which result in patients being moved from pillar to post, have themselves contributed to harm to people using services. This can be anywhere on the spectrum from the disaster that was Mid Staffordshire, the numerous outbreaks of infection throughout the 90s, through to less dramatic, but no less important the disorientation and institutionalisation of vulnerable patients whose care is disrupted in the pursuit of maximum efficiency. Some of these unintended consequences have themselves required policy intervention, to reverse their impacts: for example, in patient safety.

Probably more compelling for me though than thinking about policy, is thinking about this more locally, from the perspective of those of us who are using services today: the every-day changes that occur in the running of services that impact on the people who pay for them, use them and work in them.

We know that despite a rhetoric that concerns patient-centred care, and the evolution of a system that monitors patients’ experiences of care and willingness to recommend, over time there has been relatively little positive impact on these measures.

If decisions were made in the interests of people using services and their families and carers, would we make decisions in a paternalistic way, or would we share decisions even if the conversation takes longer? If conversations between patients and their professional carers were of universally high quality and people were well informed and supported to share in decisions, would they choose less or different patterns of care? Would they live and die better? Would they be in hospital if there was a good alternative available closer to home? Would people recover better and regain their independence if friends and family members were truly welcomed at any time as part of the caring team? If the staff had time to breathe, would they remember more reliably what it feels like to feel frightened, sick and vulnerable and respond accordingly?

So, what would it take to achieve this? Action is needed at every level. First, true partnership with citizens and service users in the running of services, so that their voices are paramount every time a decision is taken. Second, the application of techniques that help front-line clinical and other staff to get inside patients’ shoes (along with the time to do so), and truly understand the lived experience of care to generate the urgency for change. This creates opportunities for staff to make the small changes that make a huge difference to people using services, as well as being rewarding for staff themselves. Designing improvements together breaks down barriers: ultimately there is no us and them. There is only us.

But back to policy, what would it take to achieve this standard of decision-making, which is truly consultative? A much greater commitment to the pursuit of a more participative style of policy making is needed. This goes way beyond consultation exercises and opaque decision-making, and dare I say it, more imagination about the way in which we come to understand the concerns of the public and people using services. This means going to where they are, and listening to people in the way they want to engage. This is the first step; we should get on and take it. 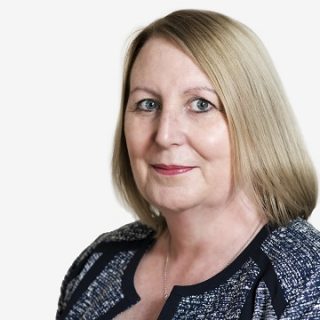