What can we learn from Michael Gove’s broken foot?

Tom Fogden, communications and admin intern for The Point of Care Foundation, reflects on the difficulties patients can face accessing NHS Care.

A couple of weeks ago, it was discovered that Michael Gove had broken his foot and had been “let down by the lack of Sunday services” in the NHS.

The initial response of most people involved in Britain’s health service went along the lines of “how could Mr Gove be so busy as to ignore a broken foot?” Soon after, some were wondering why there were photographers waiting for Mr Gove’s exit from St Thomas’ Hospital.

After he “tripped over a toy and banged his foot”, Mr Gove’s wife, Sarah Vine, drove him to the nearest minor injuries unit. This is where patient experience comes into Mr Gove’s story.

I, in one of the few similarities I share with Mr Gove, often do not know where I am supposed to head for the correct treatment. It would have probably been better for Gove to go to an A&E department. After all, he did have an accident – but, and this is important, it wasn’t necessarily an emergency in his estimations.

Mr Gove obviously thought that his broken foot was a “minor injury”, hence his visit to the minor injury unit. After all, a “fracture at the base of the fifth metatarsal bone is often mistaken for an ankle sprain” according to well-known podiatrist Roy Lilley. Needless to say, a walk-in centre is off the cards when one can’t actually walk, and Mr Gove rightly avoided seeking treatment there.

But where does one accident or emergency end, and one minor injury begin? It really is a “how long is a piece of string?” kind of question. This lexical dilemma can stop patients accessing NHS care effectively.

If I ring my GP today for an appointment tomorrow, I will not be able to get one – unless I say it is an “emergency”. Of course, if it is an “emergency” then surely the best place to seek treatment would be A&E? And where do minor injury departments fit into all of this?

The other problem is that one person may describe their symptoms differently to another, and consequently receive different treatment. The painful reality of lexical mix-ups was exposed recently in the Evening Standard, who reported on a five-year old’s death following a back-and-forth between NHS 111 and 999.

The Telegraph also published an undercover report into the way NHS 111 staff handle calls from the public, being told to avoid dispatching ambulances by asking leading questions. It served as a potent reminder into how language can literally, be a matter of life or death.

Perhaps Michael Gove didn’t understand the urgency with which he should get an x-ray of his foot, perhaps he did. But, if Mr Gove did understand his predicament, he could have accessed the 24 hour care available to him at an acute emergency department.

And this is the problem. If we want patients to receive the best possible care, they need to understand how to access it. Too often, some patients view healthcare as a system where they are told what to do, and sometimes how they feel, by staff whose specialist training puts their work beyond question and comprehension.

Back in February, Jocelyn Cornwell asked “what could the NHS learn from business?” I think I’ve found one answer. Empowered patients, both through improved understanding and greater involvement in the healthcare system, just like empowered consumers, make better decisions and receive better outcomes. 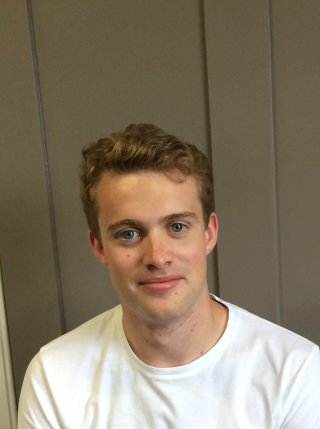