Anniversary Schwartz Round: the nature of compassion

Joanna Goodrich, Head of Evidence and Learning, explores the nature of compassion in healthcare

“I remember being 8 years old in hospital, my Mum had to go home and I was scared and upset and one of the nurses who lived in the nearby nurses’ home went home after her shift, collected an assignment she had to do and did it by the bedside to keep me company.”

This was said by one of the participants in a Schwartz Round last year, reflecting on how she had learned the meaning of compassion as a child, through the act of kindness by this nurse.

The UK anniversary Schwartz Round

We had invited the Schwartz community in the UK to take part in a ‘national conversation’ by holding Rounds at the same time, with the same topic:  “What makes a compassionate patient-caregiver relationship?” ten years after the same exercise was carried out in the United States.

20 hospitals, mental health trusts and hospices submitted reports of their anniversary Round. Participants who talked about being a patient, or a loved one being a patient, said that small acts of kindness took on a much greater importance than they would have expected, which were still remembered often many years later.  This echoes closely with the experience of Ken Schwartz, in whose honour Rounds were first conceived.

Several participants in different Rounds described how patients (or maybe a particular patient) had taught them what it means to be compassionate.  A nurse described how the mother of a young patient who had died on the ward came back later in the day to thank her for her care, and how this had meant so much to her; that in the midst of trauma, the woman had taken the time to come back.

Can compassion be learned or taught?

When reflecting on whether compassion can be taught or learned, there were many references to the importance of colleagues as role models for learning compassionate behaviour, whether they were senior clinicians, healthcare assistants or porters and housekeepers; many examples were given. Many felt that Schwartz Rounds themselves help: the way that presenters and participants talk about their patients illustrates compassionate behaviour very powerfully.

And it’s not easy: professionals struggle with the question about how much to reveal of oneself, and the boundary between the personal and professional. Some in the Rounds felt strongly that you can only be compassionate by sharing something of yourself, and others felt it was important to keep the boundary clear.

In spite of this there were many stories where it was clear that the boundaries had been flexible, and sometimes it was necessary to ‘break the rules’ to be compassionate. These are decisions taken consciously or unconsciously many times a day, which in itself can be exhausting.

So being compassionate can be tough, and takes courage. Some patients are challenging and frightening, or seem to reject compassion, and it’s hard to “hang on in there even when they push you away.”

The time-pressured environment was seen by many as a huge barrier to compassionate relationships between staff and patients.

One junior doctor talked about how she felt she had lost compassion when working in a very overstretched and stressful situation and started thinking of the patients and their families as ‘a nuisance’. Stress and compassion fatigue were of concern in many of the discussions, even more so than they had been in the United States ten years ago.

But could it be that it is the perception of being under pressure robs people of compassion?  In reality the little things that make the biggest difference – such as a smile or a kind word – don’t take time at all.

Is compassion a finite resource?

Many thought compassion was finite, and talked about having no compassion left for their own families by the time they left work.  However others felt that relationships with patients helped to replenish compassion.

What else can help us to be compassionate? Time and again people spoke about the support of colleagues as the crucial thing that kept them going. The idea of self-compassion was explored, but in general supporting each other appeared to be as important (if not more so) than looking after ourselves.  Compassionate relationships with each other were seen as really helping relationships with patients.

The role of Schwartz Rounds

Like for our counterparts in the United States it is clear that to maintain compassion, regular reflection and reinforcement of compassionate behaviour is important.  Schwartz Rounds are one way of doing this.  The Schwartz Center for Compassionate Healthcare describes a new paradigm for a compassionate care principle: that it needs a lifetime of support, regular guidance, and repeated reinforcement.

Or – as one participant in our Rounds said –“You wonder if, when you’re busy, you lose compassion, but hearing stories it brings back compassion and it is always there.” 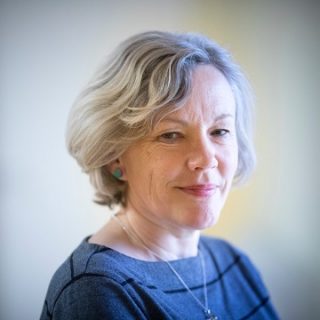 View all blogs by Joanna Goodrich