“Accepting that we cannot fix everything”

This blog recounts how Schwartz Rounds have been trialled at Liverpool University, hoping to provide students with a reflective space and to integrate some of the ‘softer’, more difficult to define competencies necessary for healthcare into the curriculum. Rhiannon Barker shares some of the outcomes and reflections of the first Round.

Health professionals tend to enter their profession, as students, with high ideals and aspirations of what they want to achieve in relation to high quality patient care. The notion of professionalism and the criteria set out for optimum behaviour are all encompassing and include integrity, compassion, altruism, continuous improvement, excellence and good team working. However the way these ‘competencies’ are covered and taught in the curriculum varies significantly from one healthcare programme to the next. There is no national curriculum for the teaching of professionalism and, as a result, some of the ‘softer’ and harder to define competencies are easily pushed aside in favour of clinical subject matter. Yet learning how to communicate openly, to express vulnerabilities and fears, and to reflect in a protected and uncritical environment is key to the growth and development of a competent, compassionate and resilient healthcare professional.

Liverpool University is one of a small number of educational institutions that have introduced Schwartz Rounds as a way of providing students with a supportive environment in which they can reflect on the often shocking and brutal things that they experience as they move from lecture theatres to clinical environments. In 2015 Laura Golding and Gundi Kiemle, both clinical psychologists based at the University, with support from Dr Marina Anderson, Director of Medical Studies and Professor Mark Gabbay, Professor of General Practice, set out to provide Schwartz Rounds for multi-professional groups of students. The logistics of this ambition are complex: in order to get the Rounds going and to embed understanding of what they aim to do, the early Rounds were held exclusively with medical students. In early October 2016, I attended the first Rounds held at the University involving a wider group of health professionals in training. It was a great opportunity to gain an insight into the potential supportive value of Schwartz Rounds in the undergraduate community.

Attendees included nurses, medics, physios, radiologists, radiotherapists and psychologists. Stories from the panel were moving and diverse, with contributions from professionals describing close relationships with patients: they found that as the relationship between them and their patient grew, so did the sense of responsibility and the shared pain involved with communicating bad news.

An orthoptist spoke of a young girl whose mother wouldn’t bring her to appointments to treat a bad squint. She felt anxious and wanted to try to compensate for the mother’s apparent neglect. Others described situations where they felt scared, or vulnerable, or out of their depth. A diagnostic radiographer described a situation where he was confronted for the first time with a dead baby. He described the fear he felt when the baby, upon being picked up, appeared to release a breath as compressed air was released from its lungs.

A radiotherapist described how, in her youth, she had been treating a woman for head and neck cancer; she described the sense of panic when the patient died on the treatment table and she was confronted with a lifeless body. And a nurse who specialised in palliative care spoke of a man dying of throat cancer who had asked to die at home. The nurse was charged with setting up the complex home care package but the patient died two days before discharge. The nurse described not only her personal feelings of failure, but also how the dynamics of a previously cohesive team were consequently disrupted. It took the intervention of a perceptive matron to put things right. The matron called the team together for tea, Jaffa cakes and sympathy, and got the team to tell the nurse how much they still respected her.

As the professionals on the panel spoke, there was a palpable sense from the students listening of shared understanding as well as relief that others, even mature professionals, could, like them, be vulnerable, sad, anxious, scared or even feel inadequate and worry that they may have let their patients down.  The discussion following the panel presentations covered a number of themes. A few spoke about how hard they found it to break bad news. As students, there was a sense that they could ‘hide behind a mask’; that the breaking of bad news wasn’t necessarily their responsibility. Yet they knew they needed to be prepared for the time ahead when they will be ‘in the firing line’.

Many students mentioned the burden of often feeling responsible and how they found this challenging – particularly when there were no quick fixes. A medic told of a woman she’d come across when doing a GP placement who was severely depressed. The student wanted to be able to identify something that would immediately make her better, yet knew the reality was different. There was a sense that students were to some degree fighting against the expectation that science and medicine always had an answer.

Students mentioned a variety of coping mechanisms for dealing with upsetting situations arising during the course of study. It was suggested that the mentor isn’t always the best person to share their feelings with since exposing vulnerabilities in front of a senior member of staff is seen as a weakness. There was debate about not wanting to lose their sense of humanity and an observation that some consultants appeared to have lost their compassion.

I felt privileged to observe these discussions and came away with the sense that this was a group of students with high ideals – doing all that they could to preserve these ideals, and appreciating the opportunity to reflect on their journey so far. Professor Gabbay is overseeing a number of year 2 and 3 medical students to carry out research looking at the impact of Schwartz Rounds at the university.

Medical schools or universities running courses for other health professionals which may be interested in running Schwartz Rounds can find more information here. The closing date for the next cohort of organisations wishing to sign up for training is 10 February 2017. 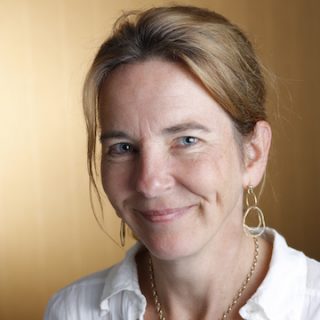