Having practiced as a doctor in Scotland and New Zealand, Richard Smith joined the BMJ in 1979 and was editor-in-chief from 1991-2004. He has served as chief executive of the BMJ publishing group and UnitedHealth Europe, and was the director of the UnitedHealth Chronic Disease Initiative to combat chronic disease in low and middle income countries. For six years until November 2018 he was the chair of the board of trustees of icddr,b (formerly the International Centre for Diarrhoeal Disease, Bangladesh), one of the largest health research institutions in a low income country.

He is also the chair of Patients Know Best, a company that gathers together all the medical and social care records of patients and puts them under the control of the patient, the UK Health Alliance on Climate Change, and Open Pharma.

An adjunct professor at Imperial College Institute of Global Health Innovation and a Founder Fellow of the Academy of Medical Sciences, he is well known for his work on death and dying, and chairs the Lancet Commission on the Value of Death. He also worked on the 2018 report from the Royal College of Physicians on medical professionalism. As a regular contributor of blogs for the BMJ, he is an outspoken voice on issues including end of life care, public health, scientific publishing, and health in the developing world.

Richard joined the Point of Care Foundation board in 2019, succeeding Sir Adrian Montague as chair. 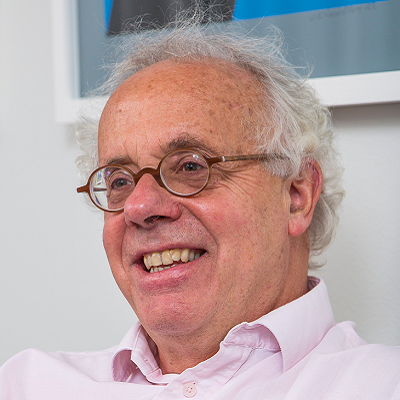