Schwartz community diversity: what do we know so far?

Farhana Nargis gives an update on some early diversity data gathered from the Schwartz Community.

A few months ago I wrote a blog talking about what we had learned from our ‘Schwartz celebrates diversity’ month, in March this year. We’ve had a really positive response to that work and I want to thank all the people who shared their experiences with us and the wider Schwartz community.

We recognise that a big part of the challenge of increasing diversity and ensuring inclusivity is making sure we have a clear picture of what is happening at the moment. For Schwartz Rounds to have their fullest impact across the health and care community, inclusivity is important at a number of levels: among Schwartz committees, among those telling their stories, and among those attending.

As part of the diversity month we asked sites to hold Rounds on the topic of diversity and inclusion, to provide a space for hidden stories to be heard. We were sent information from seven sites who ran these Rounds – some of them with small groups of people with protected characteristics. Attendees said that it was “Very useful … felt good to be able to speak openly to a smaller group”, and “It was refreshing about sharing with others what it meant to be excluded”. Another attendee commented: “[It] doesn’t really matter why something happened, the impact can be huge and stay with someone / effect future relationships etc.”

As we embark on our next series of community events this autumn, I wanted to return to this issue and share some of what we’ve learned about diversity within the Schwartz community. During the spring events we gathered information on who was taking part in the Schwartz Community events by asking participants to complete an anonymous diversity monitoring form. We obtained data from 102 attendees across five events. This provided us with a snapshot of the diversity within the Schwartz Community. Not all answered every question, but most answered most of them.

Here is what we found.

The breakdown of participants was skewed strongly towards ‘White British’ with 51 of the 79 responses to this question, but not to the extent that we would expect if the group was fully representative of the UK population as a whole, where 80% are White British. We saw greater representation of ‘White Other’ (16/79) and some other minority ethnic groups compared with the UK population, but lower representation of Black communities within the sample of event participants who completed the survey. One person out of 79 who responded to this question was Black. For the population as a whole the rate is 3.4% according to government figures, and compared with the NHS workforce this disparity is more marked – 6.5% of the NHS workforce is Black.

On sexual identity, the group was again fairly well balanced, with higher numbers of lesbian, gay and bisexual people in the group (6 out of 79 who gave information on this characteristic) than would be expected in a random sample from the population as a whole (recorded as 2.2% in 2018).

Four out of 80 people answered yes to our question about whether they considered themselves to have a disability. At 5% of the sample this is significantly lower than for the population as a whole. Data from Scope tells us that 19% of working age adults have a disability.

Men are significantly under-represented in the Schwartz Community, according to this sample. Just 15 out of 80 people who answered our question on gender identity said they were male. A higher proportion of people reported not identifying as male or female (2 out of 80 respondents for this question) than we might expect for a representative sample of this size from the general population – though there is not much hard data about this issue.

The age profile of respondents was skewed very heavily towards people in their 40s and 50s, with 49 out of 80 people aged 45-59. While there were 10 over-60s, there were only 2 respondents under the age of 30. To some extent this is not surprising as the population taking part in our Schwartz community events are likely to be mid-late career professionals.

What does this tell us?

Obviously all these figures are only a snapshot, and the numbers in the sample are quite low, so it is hard to draw definitive conclusions. Surveys taken for different Schwartz Community or other Point of Care Foundation events might yield different results.

Nevertheless it is instructive to look at this data and consider whether the Schwartz community appears out of kilter with the wider NHS workforce and society as a whole. In terms of several of the protected characteristics, the Schwartz community appears to represent most groups to some extent, with majority groups less dominant, and some minority groups well represented. Other minority groups appear to be under-represented – in particular people from Black communities and disabled people.

The key questions must be, do these figures reflect the population actually taking part in Rounds, either as story-tellers or attendees? Anecdotal evidence – what we hear from Schwartz committees and our own experiences – suggests that there are gaps in terms of who participates in Schwartz Rounds. We have also identified other groups who may find it hard to engage with Schwartz Rounds, such as junior doctors and people in the early stages of their careers. In the spring community events we spoke about practical ways for Schwartz Committees to try to encourage participation among minority groups.

But there remains much that we do not fully know. Capturing diversity data from people at the Schwartz Community events is relatively easy. It is much harder to understand the full picture of who is taking part in Schwartz Rounds across the hundreds of Trusts and other organisations where they take place. While we have seen some excellent site-level data we need to gather diversity monitoring information more regularly, and from a larger number of sites, to be able to develop an accurate picture of Schwartz Rounds participation. Ideally we would want to receive data from sites every six months. This is an important next step and something for all of us the Schwartz Community to consider as we look to improve our inclusivity further. 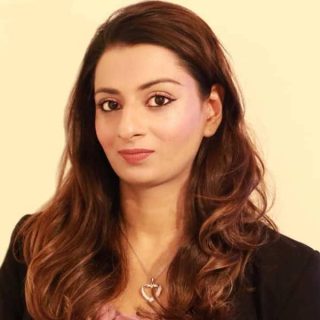 View all blogs by Farhana Nargis