Don’t just do something, stand there

Nicki Power explores the power of narrative to connect people at Schwartz Rounds, focusing on two pilot sites she is mentoring in Ireland, where there is a strong tradition of storytelling.

I remember childhood bed-times. “Tell me a story Daddy!” – The thud of slippered feet up the stairs; sliding under a cold duvet; being tucked in just a little too tight, before we’d begun. My dad would read aloud, giving each character a different voice, bringing the stories to life in my imagination. We seemed to have so much time to share stories – of course I didn’t realise then that stories would become the language of my future career.

As a Schwartz Round Facilitator, I am responsible for drawing out stories that staff members hold close to their hearts. Staff bravely recount their tales to help their colleagues understand and acknowledge the emotional impact of the work that occurs in healthcare. This shared narrative creates a space that enables staff to recover and find resilience, reflecting on the collective experiences of loss and hope.

There is immense power in being still for a moment, especially when that brief time is shared with someone. Schwartz Rounds give healthcare staff the opportunity to pause in their workplace, to come together without hierarchy and, through storytelling, to re-connect with their humanity. Helping others places a constant demand on those who care and over time this can reduce our capacity to empathise with others. Often this burden is not shared. We imagine everyone is coping better – surely it’s just me? But thoughts like these only lead to more isolation, more disconnection.

When in late 2015 I became the Schwartz Round mentor for two organisations in the Republic of Ireland, I witnessed the innate capacity we have in Ireland to harness the power of storytelling. Immediately, these contrasting organisations (a hospice in Dublin and a large hospital on the West coast) both instantly connected to the storytellers and understood the power of narrative to unlock emotions.

A key theme from both Schwartz Rounds was that of providing a ‘good’ death for the patients in our care. This was considered from various perspectives. Staff shared difficult conversations with family members when their experience tells them death is near, but those closest to the patient aren’t ready to say goodbye. A woman spoke about being on the other side of the healthcare relationship when her father was dying. She said she was a “total wreck” and that the end of life care provided by the staff allowed her to be human, leaving her professional identity aside, so that she could begin to grieve: “they carried myself” she said.

The impact over time of the “people we carry” was discussed; as some patients stay with us, long after they have died. Stories about listening to patients and at times “bearing with the silence” were shared as clinicians met patient need in ways that could not be noted in care plans. The respect for vulnerability was palpable. “Don’t just do something, stand there!” said a senior leader, stressing the impact of staying present when a patient is distressed or dying, allowing for inaction and time to be still as a valid form of care.

Ireland has a strong oral tradition, borne out through the myths and legends that have been exported across the world.  For generations stories have been used to share culture, to model morals and to educate, recording history as it happens. There was a time when simply listening was subversive. ‘Hedge Schools’ were founded when educating Catholic children was banned, teaching without pen, paper or even classrooms for fear of being discovered. Later during the struggle for land ownership, mass peaceful rallies led by Daniel O’Connell – the famed orator – were viewed with suspicion by British landowners, fearing revolution. Irish history illustrates the power of words. Telling stories comes naturally to us.

A space unlike any other in healthcare

Until my visit to these two Irish organisations I was skeptical, dismissing the ‘gift of gab’ as tourist propaganda. Now I feel that storytelling is a way to bind the threads of our identity, enabling us to reach out to others. Healthcare settings demand constant activity, task focus and efficient outcomes; in this setting Schwartz Rounds become, in effect, counter-cultural, giving people the power not to act but to think, to reflect. They offer us a space unlike any other in healthcare, one in which it is acceptable to express doubt, anger, despair and sadness – but also hope and joy.

When people’s stories are respected, shared and heard, we acknowledge the whole experience of being human. 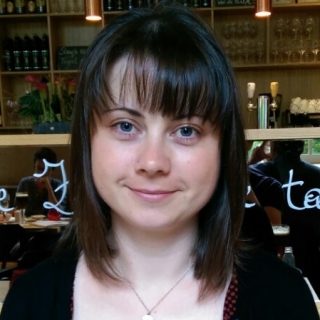